Golf – Iron Club Heads – What’s best for you? By TheGrint

If you are New to Golf, you might have been in shock when you stepped into a Golf Shop for the first time. Not only because of the amount different products they have, including Clothe, Hats, Golf Accessories, Shoes, Technology, etc, but also by the amount of different Golf Clubs there are right now; and I am not only talking about the Brands (which are way too many) but also the different Iron Heads and designs.

As we all know, technology is crazy these days and almost every month, a Golf Company comes up with something “better” and improved, so we keep stacking the amount of Golf Clubs and Irons there are.

We know that for example to choose a Driver or a Wood is easier than to choose an Iron. And of course, the other factor is that a Wood, it is only 1 Club therefore, cheaper.

Irons are, well, it depends on what you want, but you can have 10, 9, 11, depending on what you want to have in your bag, so the fact of changing and adapting to Irons is more complicated and it usually takes longer to adapt and change them (if necessary), so with this Blog I hope to help you all out understand the Two types of Club Faces there are and by knowing how they are made, who uses them on the Tour and which one could be better for a particular Golf Game, then you can choose which one is the best for you and then go and try them out.

The First one I’m going to talk about is the Cavity-Back Irons.

These Clubs are the easiest to hit and generally cheaper for Golf Manufacturers to produce. These Clubs can have the weight on the Base or the Edges of the Head Club, with equal ease.

These clubs allow the player to hit a shot and have a greater percentage of “forgiveness”. You do not have to hit it perfect to be able to hit an acceptable shot and not be too far offline of your Target, and you do not lose too much distance either.

By moving the weight to the sole of the Club, not only gives the Player some “forgiveness” but also helps them get the ball off the ground more easily; this way, you can use less Loft and hit the ball farther.

Some examples of Cavity-Back Clubs are: 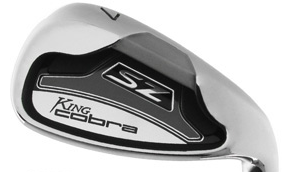 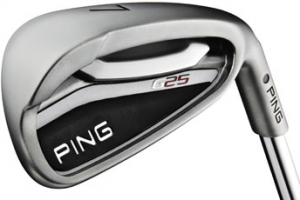 Some of the Tour Players using Cavity-Back irons are:

The original Blade Irons were very thin and very hard to hit; but now, these Irons have more metal at the bottom and behind the hitting area to allow players hit those irons more easily. Because of its forging and shaping process, these Clubs take more time to create and a more intensive process; because of this, these Clubs are more expensive.

Even though these Clubs are harder to hit and to get used to, they do have some advantages. When good players hit a good shot (good strike) with Blade irons it gives them a better feedback about how they are really hitting the Ball. These type of irons also allow the Players to better shape the ball than the Cavity-Back irons, and because of this, most of the best players prefer these Clubs than the Cavity-Backs.

Now that you know the two different Iron Club heads there are, you need to know that there are actually two types of Blade Irons. The Forged and the Cast Irons.

The differences are slim, but still, how the Irons are made, can have a big influence on your Golf Game.

Forged Irons are made nowadays like they used to be made, by blacksmiths, but now instead of using hammers and anvils, forgers use machines. There is a heated bar which is hammered as many times as necessary in order to achieve the designed it was planned. The good thing about Forged Irons is the consistency. Because craftsman have a lot of control over the results of the Irons, these Clubs can be formed  with more predictability.

Cast Irons are made like ice cubes are made. The molten Metal is like the Water you put to make the ice cubes. After the Metal is cool and ready to be separated, the Club heads are broken in order to get the Blank Club heads. After those Blank Head Clubs are made, then another machine finishes the Clubs to what the Manufactures had in mind for that Model. The good thing about the Cast Irons is their flexibility and the price. These Clubs are less expensive than the Forged Irons and manufactures can create Club Heads of any shape anytime.

Some examples of Blade Clubs are: 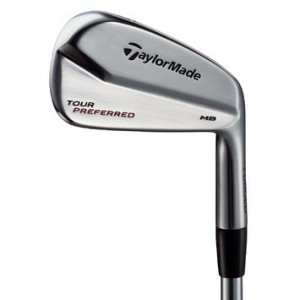 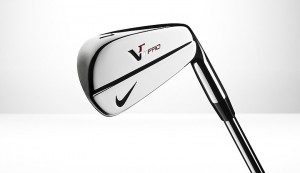 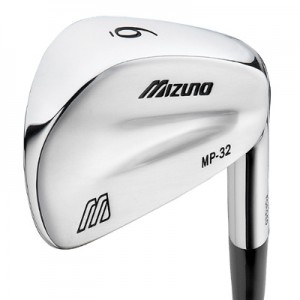 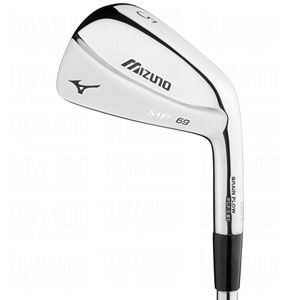 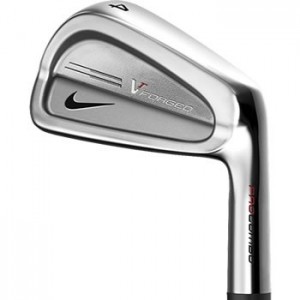 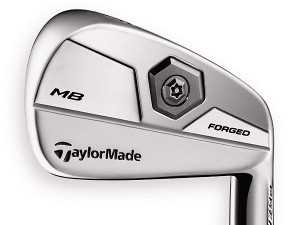 Some of the Tour Players using Blade irons are:

To finish this Blog I leave you with an Article written by Paul Wood from GolfWRX about “What really determines feel in an iron” Here he explains with a few Scientific studies and Tests the differences between Cavity-Back and Forged Irons and what people thought they were hitting depending on what they heard, and what the Club Face had written on.

Like Paul says at the end of his Blog, nowadays Cavity-Backs and Forged Irons are not too different.

In my opinion, players have to go by what they feel is better for them, for their swing, and also, on how the Club looks like on the Floor, at the end, Golf has to do a lot with comfort. If you don’t feel comfortable with the Club, even when looking at it, then you will have a tough time; and lets also reiterate that if by the end of the day, you don’t feel comfortable on the Course, it is going to be really hard to improve your Golf Game and lower your Golf Handicap.

I hope this information helps Golfers out there.

One Response to Golf – Iron Club Heads – What’s best for you? By TheGrint

Cancel Reply
TheGrint Golf – Ryder Cup Feature
Ryder Cup Feature The Ryder Cup will be played on September 2020. The US Team vs The Europe Team will…
Total Golf Trainer – 3.0 “Beast Mode” – TheGrint Golf
Total Golf Trainer - 3.0 "Beast Mode" Alright, this is it! final post of this series. And yes we had…
2018 New Features Releases from TheGrint Golf
Our releases in 2018!  As Golf evolves, TheGrint does too! You have heard this phrase... "100% of premium memberships goes toward…
Increasing Distance Is Increasing Club Speed – TheGrint Golf
Increasing Distance Is Increasing Club Speed Is your driving distance making it hard to play golf?  Does your 7 Iron…
New App Release – TheGrint Golf
New My Courses Feature in TheGrint App We are excited to announce a brand new section of our app that…
Improve Your Impact and Minimize Penalties – TheGrint Golf
Improve your impact and minimize penalties! This is our second blog post of this series. The below video with Michael…
How is my TheGrint Golf Handicap Calculated?
How Is My Golf Index Calculated? The Handicap System is not hard to understand, but there are many miss-conceptions about…
Need to Hit more Fairways and Greens in Regulation during your Golf Round? – TheGrint
Do you need to hit more fairways and greens in regulation?   In this series of blog posts we partnered with the…
Golf Off-Season – TheGrint
It's the sad time of the year again... The Off-Season is here! So we want to remind you how the…
Here are the 10 reasons why having a Golf Handicap is essential to any golfer
Everyday more and more golfers realize why having a Handicap Index is so important, but Do you know why? We…
CREATE YOUR FREE ACCOUNT JOIN US